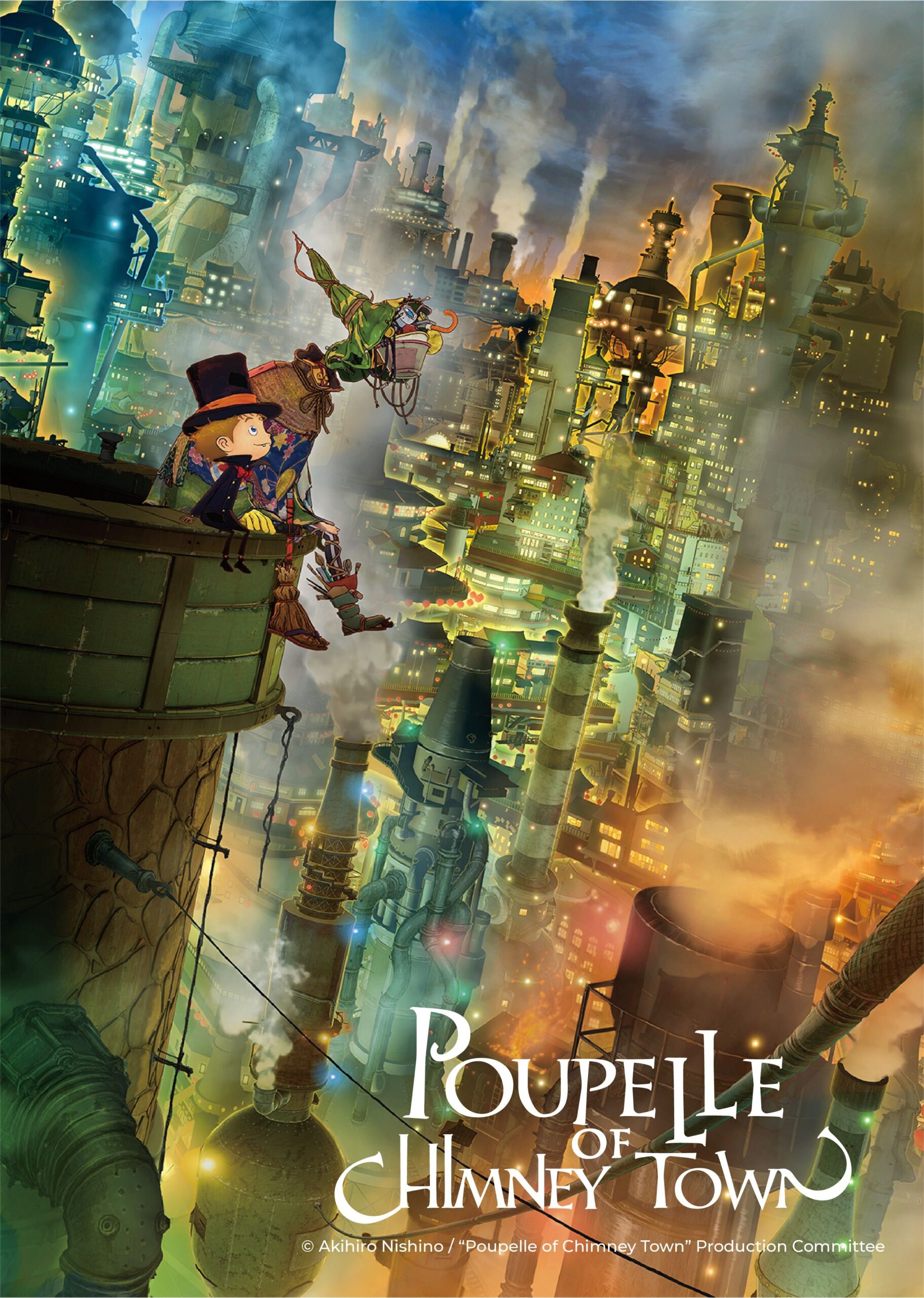 In Chimney Town, the air is perpetually dark grey; countless chimneys constantly spew smoke. The residents have long abandoned any belief that anything could exist other than this dreary blanket of ash. Except for Bruno the tailor, who always told stories of a sky full of stars – until he suddenly disappeared. Bruno’s son Lubicchi works as a chimney sweep. The boy is lonely until he meets Poupelle, a benign monster made of garbage.

“Poupelle of Chimney Town” is an animated film based on a popular children’s book by NISHINO Akihiro (one of Japan’s most famous comedians), who had always wanted to see an anime version of his book. He wrote the screenplay and produced the film himself. Produced by Studio 4°C, the same studio that produced “Children of the Sea”, this stunning, colourful animation is reminiscent of a mobile phone game and has moments that look like highly detailed paintings. This, in combination with the tender, exciting storyline, makes the film an anime delight for all ages.