Suffering from undiagnosed memory loss, Emma (MURAKAMI Yukino) comes upon an elephant drawing by a childhood orphanage friend named Yang, and goes off in search of him. Her wayward journey leads her to a group of outsiders whose lives are all revealed to be traumatically linked to the same missing person, including his brother Van (KAMIKAWA Takuro). As she unlocks troubling secrets in the sweltering countryside, Emma’s memory simultaneously fades and her experiences become increasingly surreal. 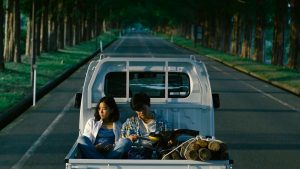