Anatomy of a Paper Clip 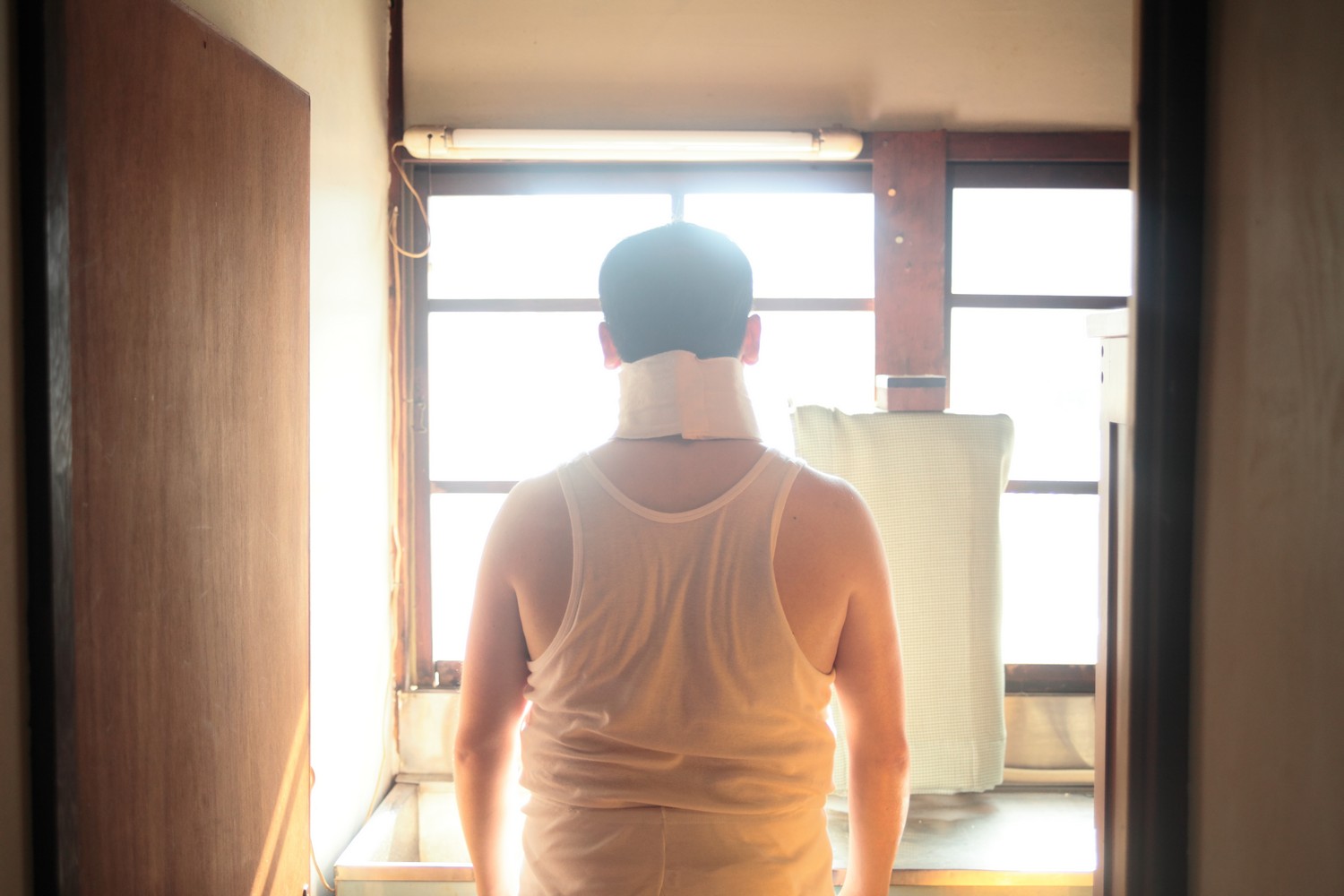 Gawkish Kogure (TOMOMATSU Sakae) passively allows himself to be cursed by the boss of the paperclip factory where he works as a paperclip bender. Without protest, he lets his clothes be stolen by fairly clumsy thieves. Kogure does not put up a fight about anything. One day, he finds a butterfly in his small flat and he allows the insect to fly to freedom. Another day he finds a trespassing woman speaking strangely (a gibberish invented by the makers) in his flat. He lets her stay, just like her father who turns up. In Kogure’s imagination, the woman is a transformation of the butterfly and he allows a series of things to happen because of it. 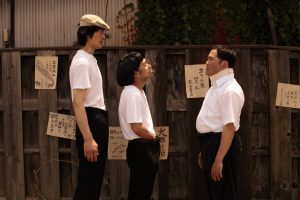