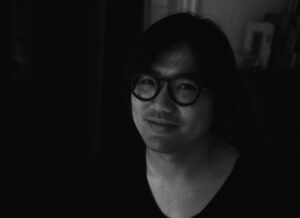 Since his first feature, “Red Dragonflies” (2011), Liao Jiekai’s films have been distinctive in style and theme. They are marked by simplicity, elegance, and directness, by the way they privilege mood, movement, and gesture, by the recurrence of characters who are obsessed with the past and overwhelmed by sadness and loss. Some of these qualities might be said to belong to Liao’s identity as a Singapore filmmaker of his generation, but they continue to be present in the work he has done since moving to Japan in 2018 to take part as a student in the film-directing Master’s-degree program at Tokyo University of the Arts.

He has not let the difficulties of adapting to life in a new country slow down his productivity. In addition to completing the projects required to gain his degree—two short films, “Watermelon Baby” and “Girl with a Parasol” (both 2019), and a feature, “Light of a Burning Moth” (2020)—he has made another feature film, “Faraway My Shadow Wandered” (2020, co-directed with Sudhee Liao). 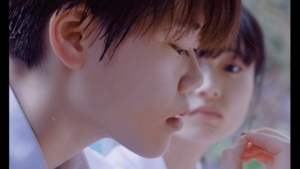 The two short films, which are being screened at Japan Film Festival Singapore this year, can stand on their own, but they also gain in resonance from being seen in relation to the two feature films. All four are films about couples: two young school friends who must separate for the summer in “Watermelon Baby”, an artist and his model in “Girl with a Parasol”, a young Japanese man and a visiting foreign dancer in “Faraway My Shadow Wandered”, a mute dancer and a retired mime in “Light of a Burning Moth”. Each film portrays a quest for transcendence—a mission that tests the protagonist’s relationship with the sacred: the young man’s attempt to fulfill a pledge to his late grandfather in “Faraway My Shadow Wandered”, Tamaki’s conviction that she will give birth to a watermelon in “Watermelon Baby”, the artist’s obsessive drive to complete his mysterious masterwork in “Girl with a Parasol”, the fidelity of the two artists to their private journeys in “Light of a Burning Moth”. 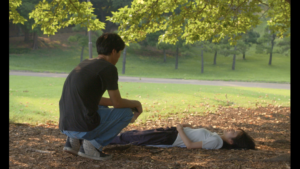 All these characters are at odds with language (a difficulty that seems to cry out for an autobiographical interpretation, as a metaphor for the director’s alienation in the only country in the world where Japanese is the main language). The dancer in “Light of a Burning Moth” is the most extreme case, deprived of—or willfully renouncing—the use of her voice after the sudden disappearance of her mother. In “Watermelon Baby”, the restriction on Tamaki’s ability to communicate with others is also linked to a mother figure: she has been ostracized by her peers because they have caught her widowed mother in an affair with the married father of a classmate. Tamaki’s alienation takes the intensely lived form of a withdrawal into the fantasy of her own assumption of motherhood. Her commitment to this private project allies her with the artist figures in Liao’s other films. All of them seek apotheosis not in reaching a public with their art but instead in turning away from society. 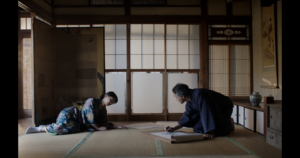 Liao’s Japanese films are set outside mainstream Japan: in rural, sometimes isolated regions (the seaside town in “Faraway My Shadow Wandered”) and social peripheries. “Girl with a Parasol” is displaced both spatially, taking place in the self-contained universe of a traditional Japanese house, and temporally, being set in the Taisho era. In their exiles, Liao’s characters develop a private language of gesture and symbol. Central characters in the two feature films are dancers; for the non-dancers in the short films, too, physical movement becomes charged with significance. In “Girl with a Parasol”, the sessions between the painter and the model are staged as a dance-like performance. Tamaki’s intense concentration on her own physicality, in scenes drenched in sunshine and lush summer green, transforms “Watermelon Baby” into the subversive enactment of a personal mythology. The increasingly detached and inaccessible spaces of the films become sites where the characters merge as closely as possible with the conditions that are most auspicious for their fulfillment of their secret vows. 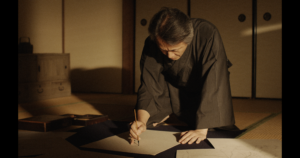 “Watermelon Baby” and “Girl with a Parasol” propose two alternate approaches to narrative. The first film is light on the surface but dense in psychological implications, as if it were in flight from the naturalism that is also its immersive element. The second film is strict and ponderous, concerned with establishing points of view and the frameworks they create for filmic reality. Each film, in its own way, becomes less and less reassuring about its protagonist’s place at the centre of a narrative world, even as the film nears the conventional point in the narrative where that place should seem most secure. Less extended and developed than in Liao’s features, the instabilities of the short films have no less impact. In these student projects carried off with exceptional maturity and meticulousness, Liao has found fruitful ways of approaching key questions of cinema. 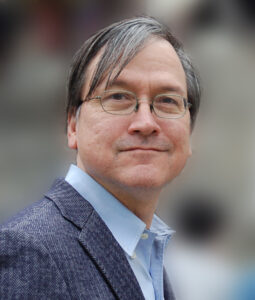 Chris FUJIWARA has written and edited several books on cinema, including “Jacques Tourneur: The Cinema of Nightfall”, “The World and Its Double: The Life and Work of Otto Preminger”, and “Jerry Lewis”. He was the editor of “Undercurrent”, the film-criticism magazine of International Federation of Film Critics (FIPRESCI) and a film critic for the Boston Phoenix, and he has contributed to numerous magazines, journals, and newspapers. He has lectured on film history and film aesthetics at various universities. Formerly artistic director of Edinburgh International Film Festival, he has also developed and advised on film programmes for other institutions and has organized and served as a mentor for many workshops on film criticism and film programming.